Failing Forward: The Tale of the Mike & Ike Candy

It was a dark rainy Monday morning...all I wanted to do was go home, crawl back into bed, cover up my head and cry. I didn't but plugged through another Monday morning in the office.
It was mid morning when I remembered the Mike & Ike candies in my purse. I quickly grabbed them and placed them on my desk where I first ate them by the handfuls and then one by one.
I started feeling better so I put them away....only to keep thinking about them so I decided to take them back out.
I figured I would only eat the yellow and green ones since they were my least favourite anyway. Once those were all gone though, I justified eating all the oranges ones....which left me with pink and red ones begging to be eaten to join their other coloured friends.
Before I knew it, I had eaten the whole bag.
I still felt miserable and now I could feel that Baby Hann had hiccups. All because of me.....all because I kept eating the Mike & Ike's and now my poor unborn child was going into sugar comatose!
I mean really, what kind of mother am I? I'm supposed to be eating properly and nurturing this child to be healthy, so that when he/she enters the world they are strong and have a fighting chance. But instead I had let my own self wallowing and sugar cravings get the best of me.
Then I remember something Mary said during the Spread the Love Seminar almost two weeks ago....she said you don't have to start over, you can "Fail Forward"
That simple statement of failing forward hit me so hard that I think it has almost become a chanting mantra of mine since then.
As women, mothers, wives, daughters,....when do we give ourselves permission to mess up? This fail forward concept made it okay to make mistakes as long as we pick ourselves up, dust ourselves off, learn from it but most importantly MOVE forward. After all, if you think about it, we never really start over. When we're born that's our only 'true' beginning. After that, we just crawl, stumble, walk and run forward....yes there will be bumps, bruises and tears along the way but that's how we learn, grow and figure out what does work and then maybe next time we won't stumble but we'll go forward with confidence, without error, without fail.
So next time I screw up, I'll accept the responsibility and consequences of the mistake I made, whether it be eating too many Mike & Ike's, being too quick to speak harshly, making completely rash business decisions, or any other area of my life. I can go forward knowing I've learned, grown and became a better person because of it. I can shed the horrible feelings of guilt and shame and be proud that I was strong enough to fail and yet overcome to keep going. 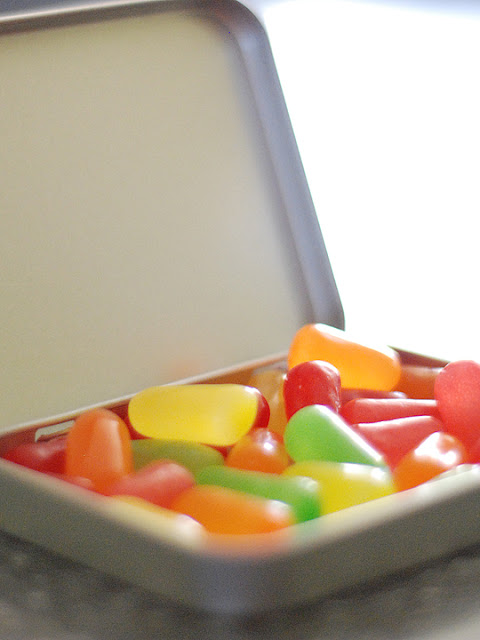 "There is no failure except in no longer trying"  - Elbert Hubbard

I see no "fail" here. Unless you have been advised by your doctor to cut out sugar. In my humble (un-asked-for) opinion a GOOD parent lets their children have occasional treats. And themselves too!
I agree that beating yourself up over any fail helps nobody.
And my last thought on this: The red ones should be gotten rid of first and the yellow and orange ones saved for last!!! Same goes for jelly beans.
:)

Hey Ange! I totally agree about treats and everything in moderation...but the Mike & Ike fiasco was just a little bit overboard in what anyone's candy daily intake should have been...lol :) Thanks for following and commenting!