So as part of my 101 in 1001 I was totally doing Project 365. Catch up on that idea HERE
Well that idea has officially failed :(
Yeah who knew that taking a photo a day would be so hard.
But it's not a complete fail. I've decided to scale it down to Project 52, I "think" I should be able to keep up that pace.
Seriously....sometimes my creative mind just cramps. So I take photos of my ugly feet instead.
At least I've put polish on my nails since this photo 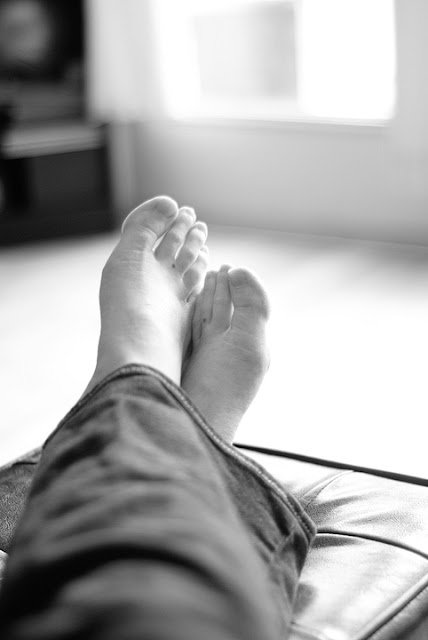 To funny girl. I love it and can't wait to see project 52. Have fun with it. Take care. TT

365 would catch up on ya reeeeeel fast. One a week sounds attainable. Good luck! I know sometimes time goes by so fast you can miss a week and not know it. I went from January 5 th to January 22. No clue how I did that, but I missed those days somewhere!! :-)

A project 52 is totally attainable! If I can do it, you definitely can.
:)

I think you should add "reply to Daph's" e-mail on your project list for this year :) Miss you