Kristen's deer seems to be haunting me, it just won't go away. 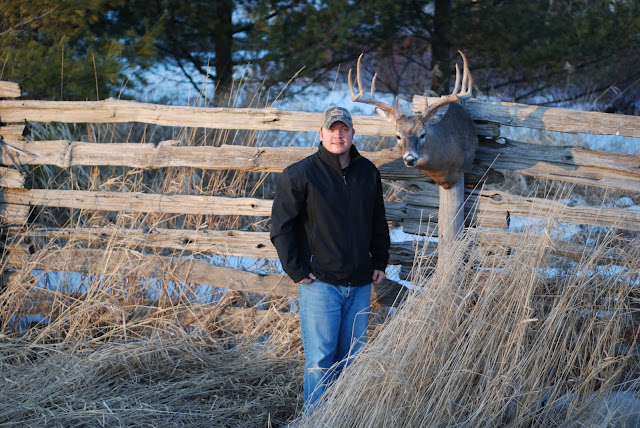 However, I must say, this time, it's for good reason.
This past Saturday we went to Bass Pro to have his deer scored.
Ideally a trophy buck will come in with at least a minimum score of 125"
Don't ask me how the scoring works, all I know is it's a bunch of measurements added up. Based on whatever standard has been set up by the powers that be who score deer?!?! 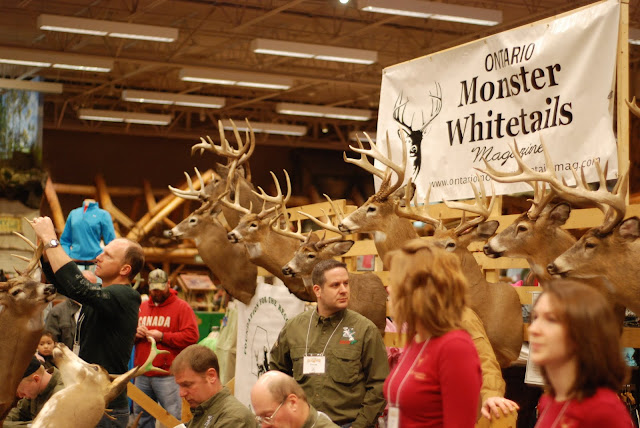 This photo is blurry, but for those who might care, we think this is the father of the Beasley brothers.
The Beasley brothers own the magazine Monster Whitetail and currently bought the rights to the tv show Canada in the Rough.
He was super nice and very helpful. 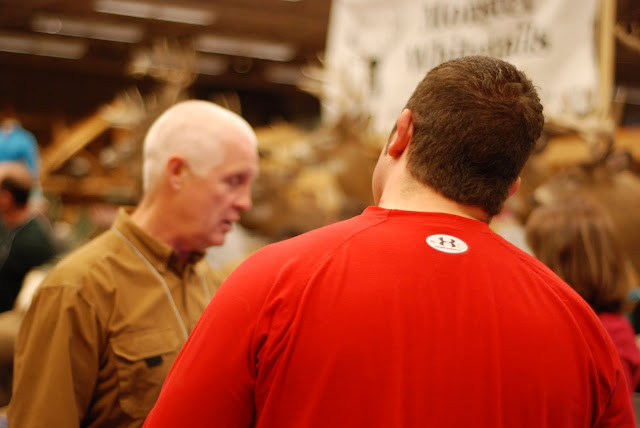 So anyway.....as I was saying Kristen brought his deer head to Bass Pro to be scored.
Here is the guy doing the measurements/scoring 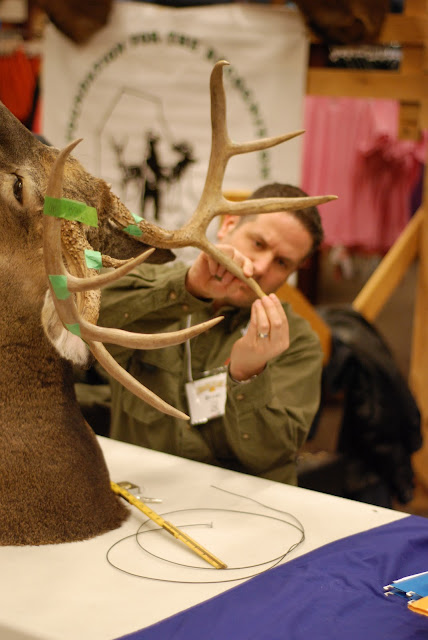 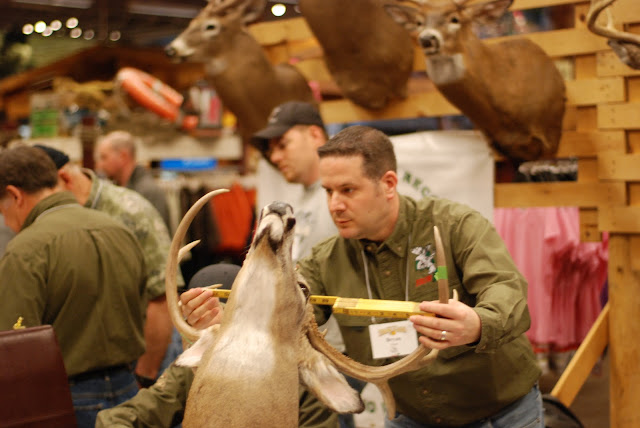 Jesse taking in all the action 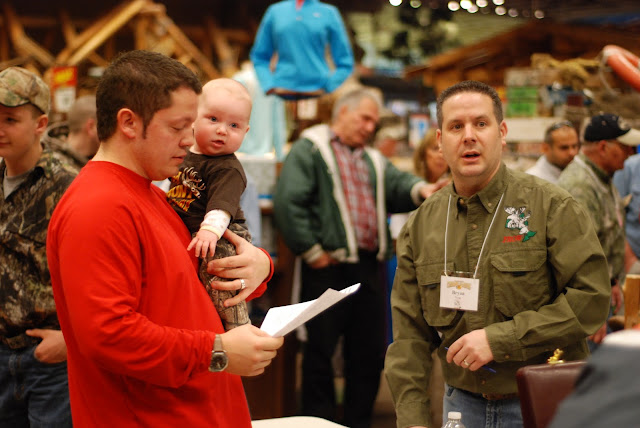 While the scoring was being done, an announcement was made by one of the Beasley brothers to congratulate the man to his right for holding the new record for the largest deer taken with a rifle in Ontario.
This previous record had been held since the 1950's 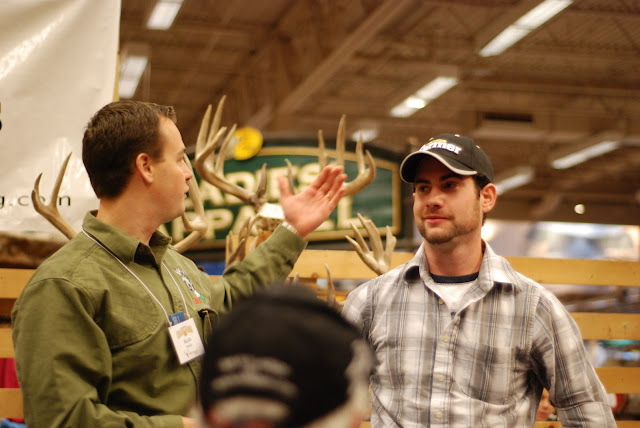 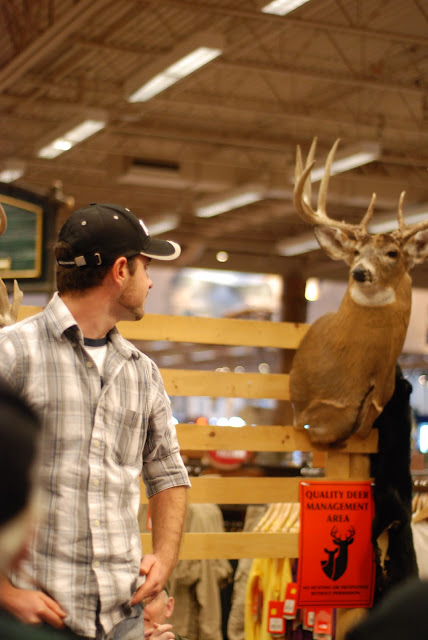 And in the meantime, here is Kristen receiving his official score 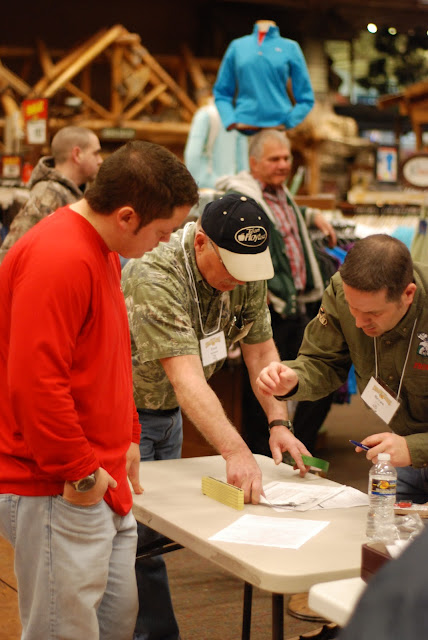 Kristen's deer came in at 149-7/8" which is well above the minimum and will officially be entered into a book of recognition.
The book is called "Big Game Records of Ontario"
And is issued by FROW - Foundation for Recognition of Ontario Wildlife 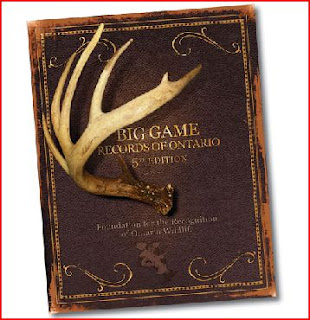 The next edition to be published is the 6th edition, in which, Kristen's deer will be a part of.
That's right, Kristen is getting published. Go figure :) 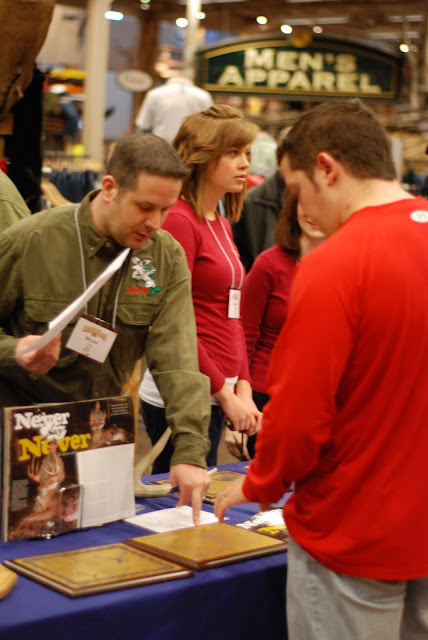 The photo above is of Kristen finalizing the details.
Aren't we just a celebrity now?
Kristen's love for hunting has never been about winning awards, getting published or being recognized, but it sure is the icing on the cake for something he loves doing.
Congrats hubby & Happy Birthday.
As you enter into your 30's.....one lonely day behind me. May it be full of many more hunting accomplishments, recognized or not :)
I Love you & Here's to You!!

That's awesome! Congrats Kristen on the score and the publication! Now, does this mean the deer comes OFF the dining room wall? Or, does it have to stay for bragging rights now? lol

CONGRATS Kristen!!! Well done! Although, now I think the deer may very well have to stay for the bragging rights....lol