I cannot believe it's Friday!
This week has flown by....all too quickly.
I had a very nice birthday. It was quiet and enjoyable.
Kristen, Jesse & I (well Kristen and I) ordered pad thai and calamari from a local Thai restaurant. Mmm.....it's soooooo good.
That along with the bombardment of birthday wishes on facebook, via emial, and telephone I felt so special.
I realized this year that birthdays are a BIG deal. Even if you don't celebrate in a big way.
It's important for them to be recognized. Even if it is a quick "Happy Birthday" message written on your Facebook wall. Thanks everyone :) 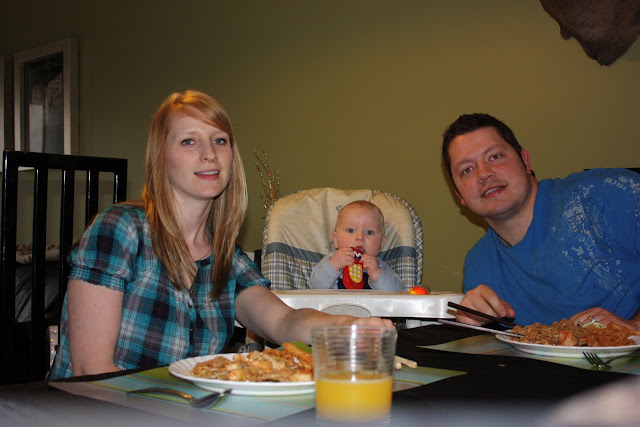 Then the very next day it was Kristen's birthday. A co-worker of his who is known to make sure everyone knows there's a birthday didn't disappoint.
She contacted me for some old photos of Kristen. Since we don't have a scanner I called Kristen's mom.
I forwarded them off to his co-worker and here's what Kristen found waiting at work for him on Tuesday morning.....so cute. 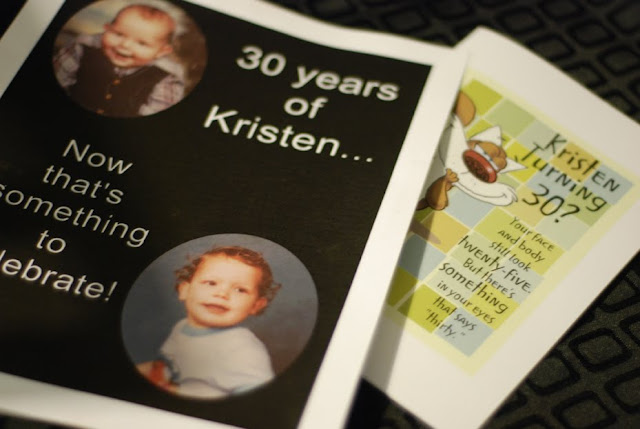 No big plans for this weekend. We're having unusually cold temperatures so I have a feeling it's going to be a good time to stay in and possibly start some of that spring cleaning.
Oh and don't forget to comment on YESTERDAY'S BLOG POST to be entered into the giveaway. Winners will be announced on Monday
Happy Friday!

I think Birthdays are a big deal too! Not a HUGE party it up deal - but a nice "I'm thinking of you, let's order Thai food" day. Glad it was a good one for you both :)

Happy Birthday again and to Kristin as well. I'm so happy you had a great day. Oh, and is that the deer I see, still on the dining room wall, in the corner of the picture? lol