Wow....its been a hectic few days.
I'm not sure if I've mentioned before that Jesse has a sensitivity to cows milk. Which means I'm not permitted to drink milk and I have to be extra careful with any dairy products that I eat which contains milk.
A couple of weeks ago Kristen and I started Jesse on cereal not realizing it contained milk.
After a very sleepless weekend, I luckily had a pediatrician appointment yesterday to find out we've been feeding Jesse the wrong cereal thus leading to Jesse's fussiness & gas and sleepless nights.
The pediatrician also gave me some hypoallergenic formula to try on him, warning me in advance that it smells bad and tastes bad and Jesse will more than likely not like it.
He was right....last night we tried some of the formula in his cereal and he HATED it. Which meant having to mix his cereal with breast milk.
It's a challenge making sure I have enough milk pumped everyday for his cereal but its worth it when I know it means Jesse not having a bad tummy :(
It also leads to a bigger challenge when it comes time to ween him. That being said IF he absolutely refuses the formula then I will breast feed or at least pump as long as necessary.
However the pediatrician wants me to do this until Jesse is two!....nope I don't think so. However it does mean that Jesse's milk intake has to be this hypoallergenic formula until he's two.
Now I know all of you are going to start suggesting goats milk, soy milk, and lactose free products but the pediatrician STRONGLY advised me to not give Jesse any of this since it does seem he's highly sensitive.
With soy there's a strong chance of cross contamination, and goats milk is no different than cows milk when it comes to the protein aspect.
When he's 12 to 18 months we will be allergy testing him to see if he has other food allergies.
Just keep your fingers crossed that Jesse is with the majority of babies and out grows it!!
---------------
Here's a few photos of Jesse enjoying his cereal....the boy sure has an appetite.....lol 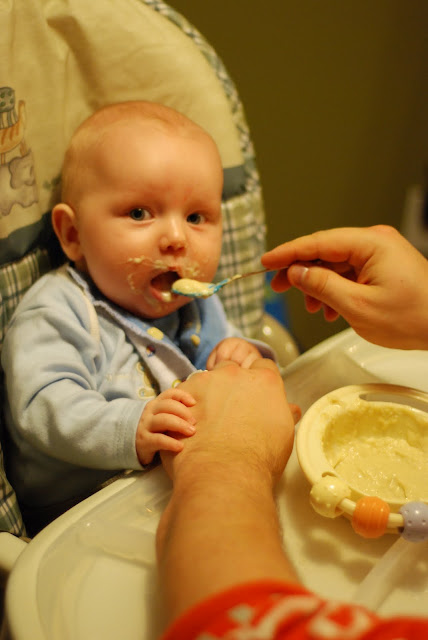 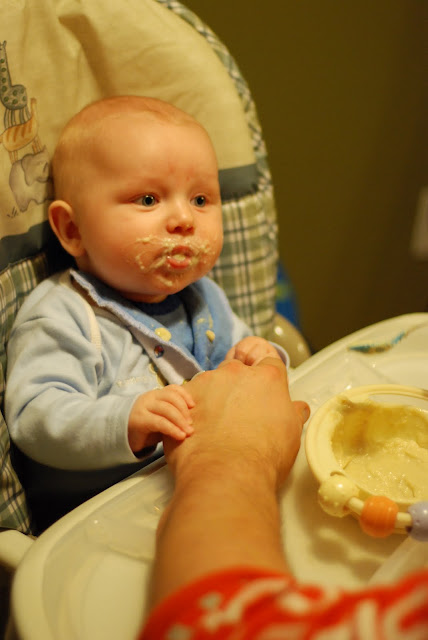 And a couple of him in his exersaucer 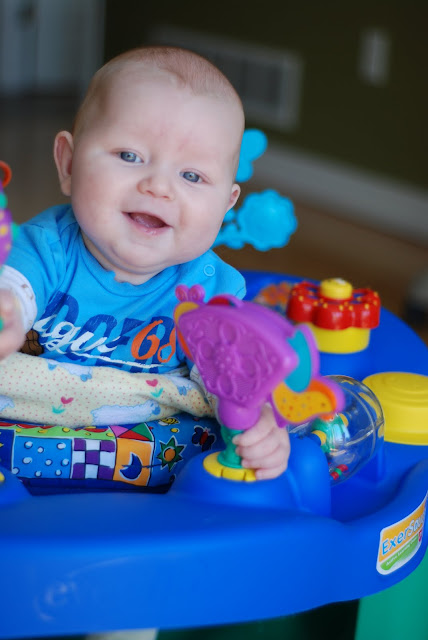 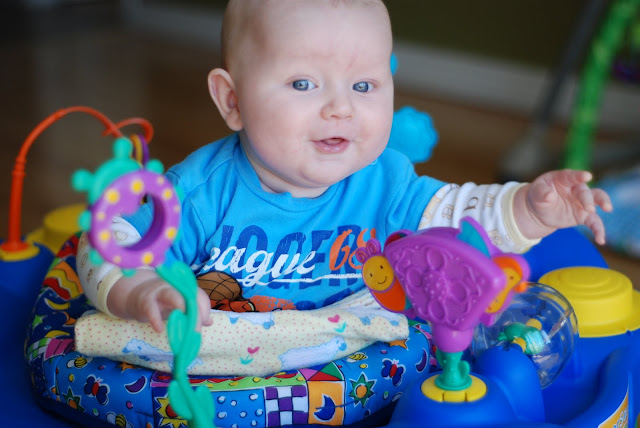 Oh my GOSH Christa, Jesse is just ADORABLE!!! His eyes are so beautiful...what a cutie! Great shots too!!!

He's such a cutie, I love how his face is FULL of cereal. :) Lucas has the same exersaucer and he loves it.

I didn't have an exersaucer for Sarah...looks like a good rig (lol) to get for baby #2. Cute pics!