I'm a day behind with the joy of love project, but no worries. I'll be all caught up this weekend.
Project Day 3 was Then & Now
I decided that it was time to share an old but very cherished photo.
It was my 12th birthday, I was in grade 6, there was a new boy in our class that year and I kind of had a crush. I was hosting a party at home, a normal 12 year old party for the time, snacks, games, and typical pre-teen banter.
And well me, I was taking photos. I had a little 35mm point and shoot that was snapping as fast as I could wind that film. It came to a point in the night where I was to be in some of the photos. Being the birthday girl and all.
What should happen but that boy Kristen that I was crushing on....he had his picture taken with me. 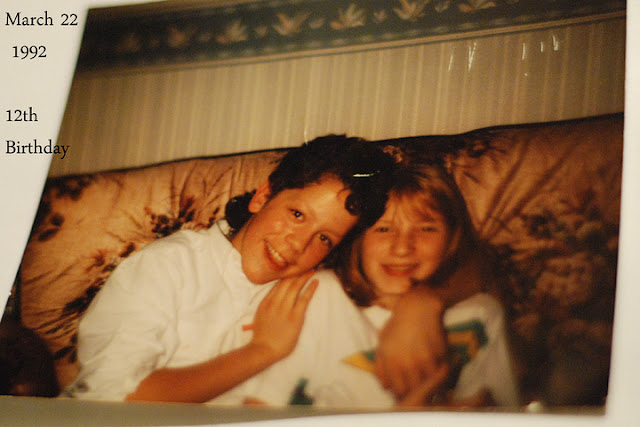 Kristen moved away that June and I wouldn't speak to him again until we were 17, we started dating when we were 18 and as they say, the rest is history.
This is us today, almost 19 years later 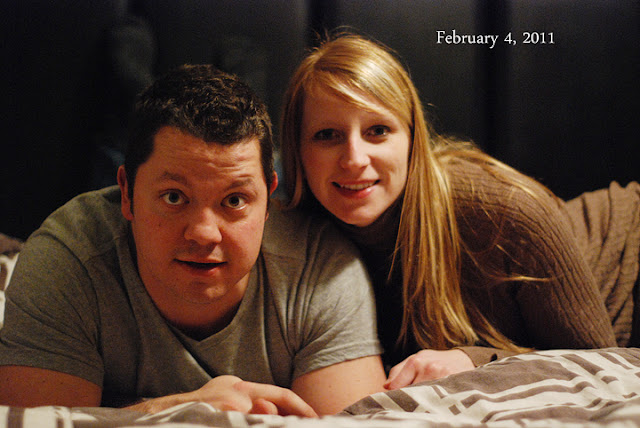 This is so adorable!!
We actually told Kristen he was to young to be on the phone with girls and dating!
Like the saying goes..Love Will Find A Way! and it sure did in your case! We love you both and Jesse as well! and we are so proud of you! xoxo

I didn't know your story!! Very encouraging :) You just NEVER do know, do you... of what the future holds?!