They were at a nightclub in Toronto owned by a mutual friend. Their paths crossed and they got to talking. Then they started dating.
Fast forward to July 2008.....those paths had remained intertwined and a trip to New Jersey to visit Joel's family was in order.
Tania had frequently talked about how she wanted to take a horse & carriage ride through Central Park, in New York. Joel, seizing the opportunity, decided that taking Tania into the city for the day was the perfect time to do just that and she wouldn't suspect a thing.
Now Joel's propsal was a thought out and well planned event.
As the driver of the carriage pulled over to take their photo on Tania's point & shoot camera.
Joel gave Tania a scrapbook that spelled out "Marry Me" throughout the pages.
Tania was almost to the end of the book when she realized what the book was asking.
Then Joel got down on one knee and popped the question.
Of course, she said yes.
It was only a couple of weeks ago that Tania found out I was going to New York City and immediately jumped at the opportunity to have their engagement photos taken in the city of this happiest memory.
We quickly made arrangements and everything was set to go.
Normally I have no problem picking which images I want to showcase on my blog, however with this session I had major problems. The problem? I had too many favourites. 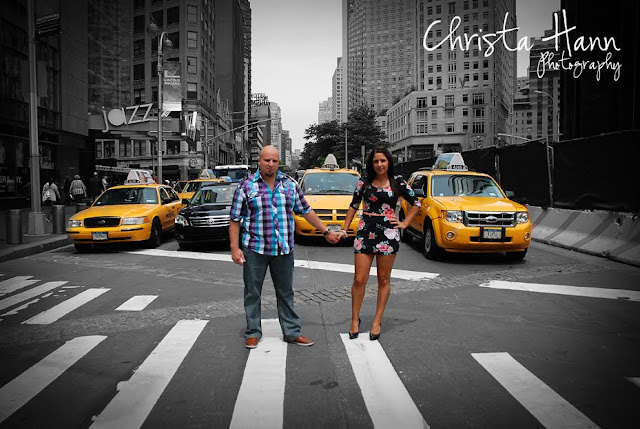 Tania had requested that the photos definitely have a NYC feel to them. Nothing says New York more than yellow taxi's!!! 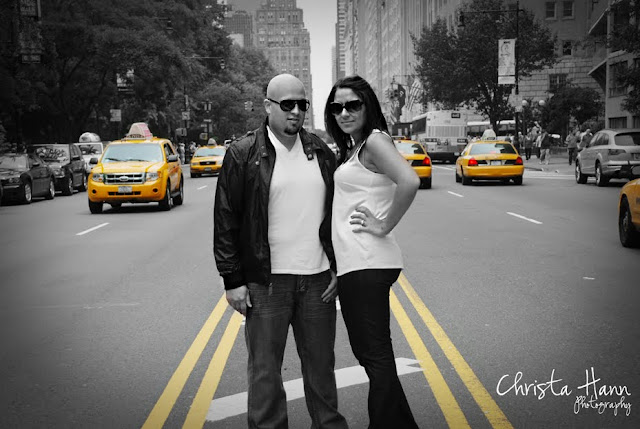 The tall buildings are also a NYC signature 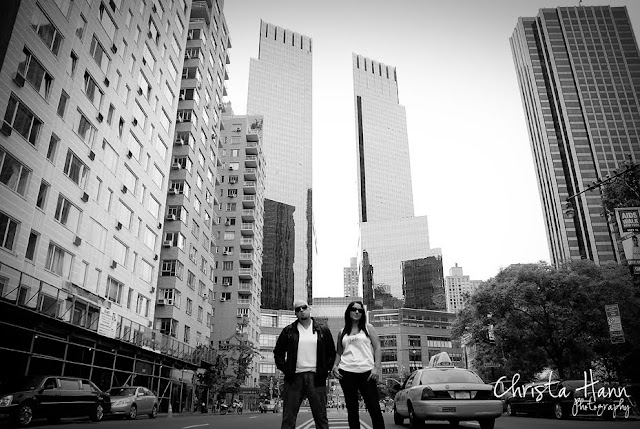 I loved all the awesome little "nooks" we found 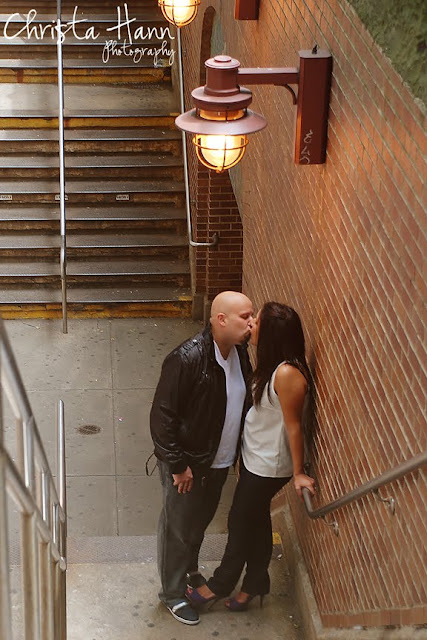 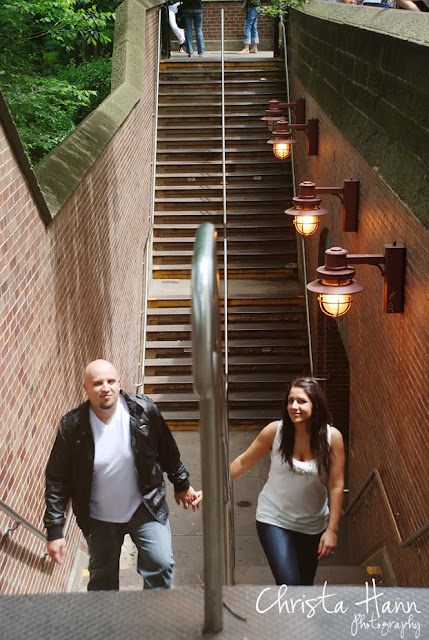 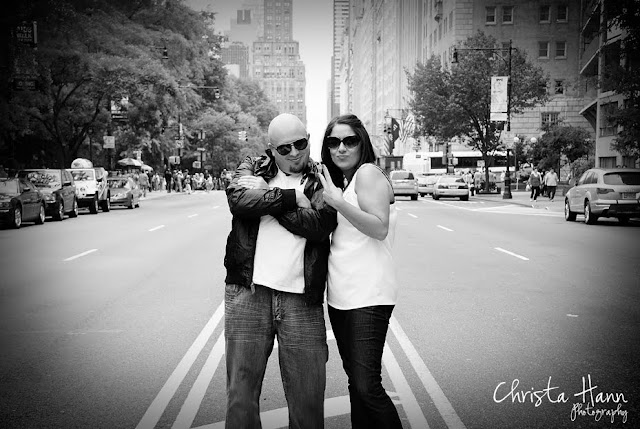 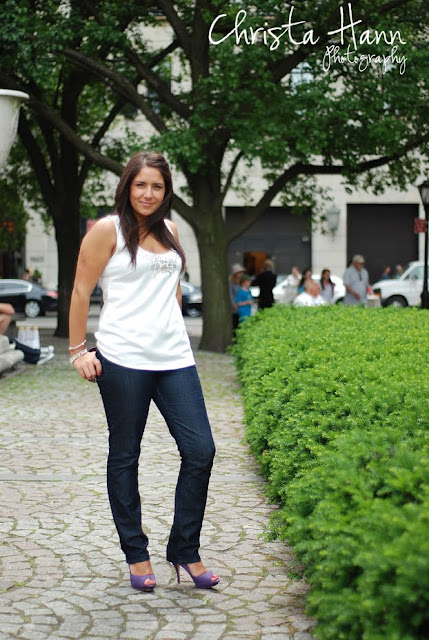 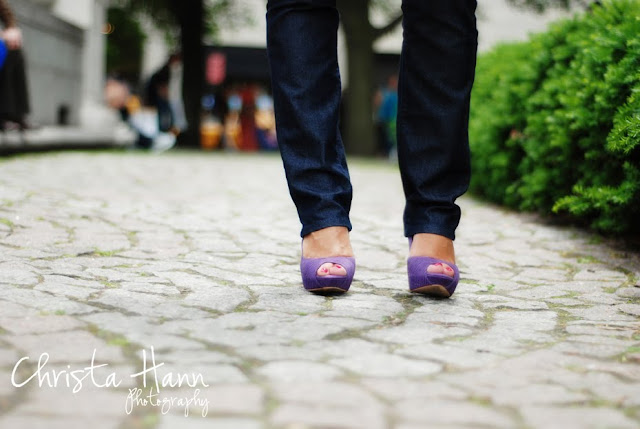 Check out the bling.
Joel has excellent tastes (in more ways that one) as you can clearly see 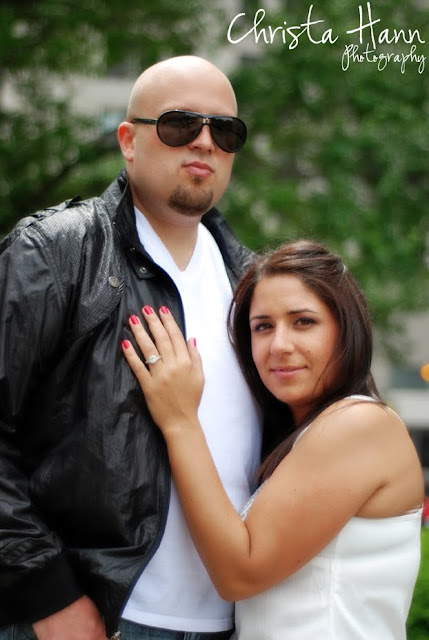 This series is my favourite from the day. They scream uber chic! 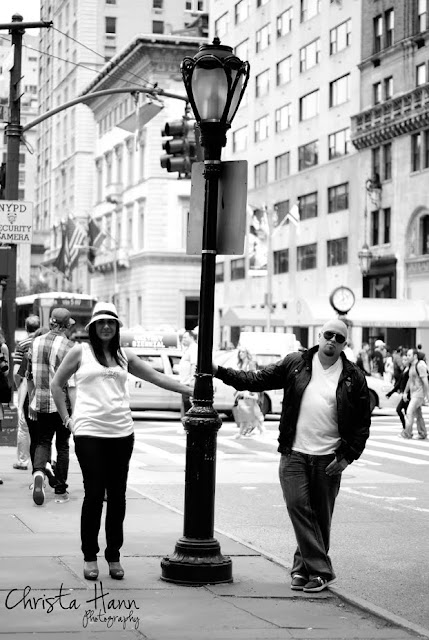 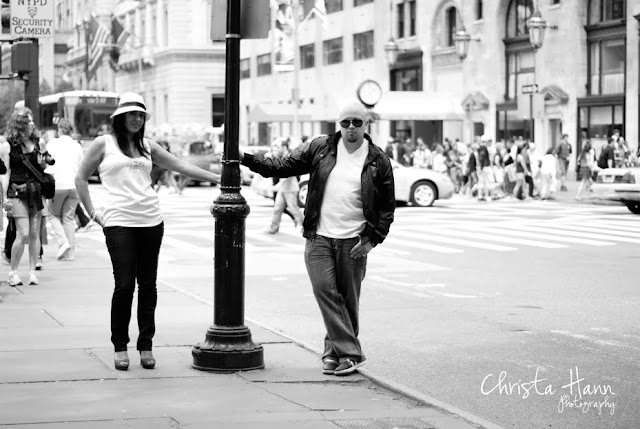 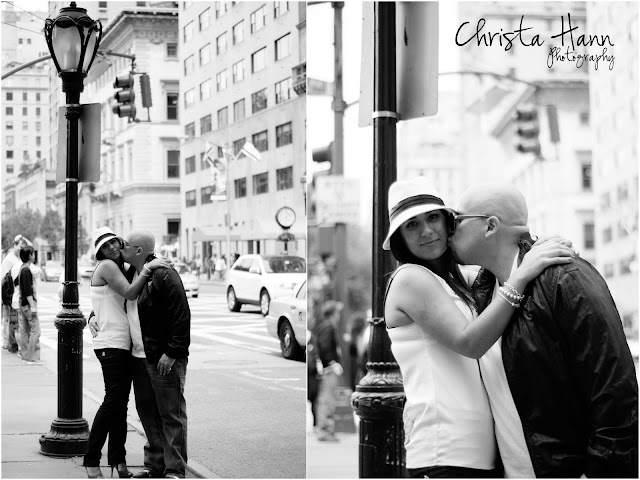 And what's a true Christa Hann engagement session without finding me some walls!!
These are smokin'
Am I using all cheesy words today? Or am I getting the point across how freakin' hot these two are! 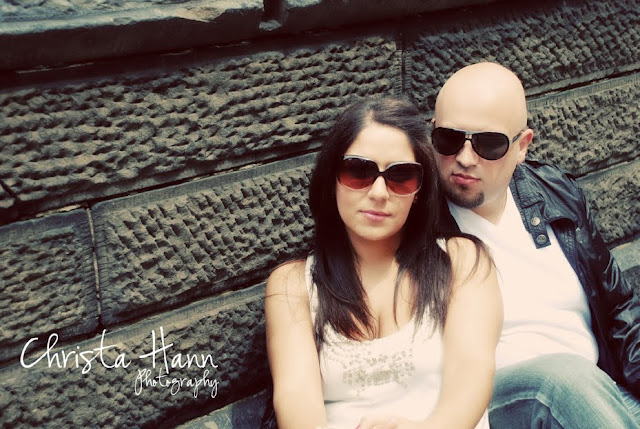 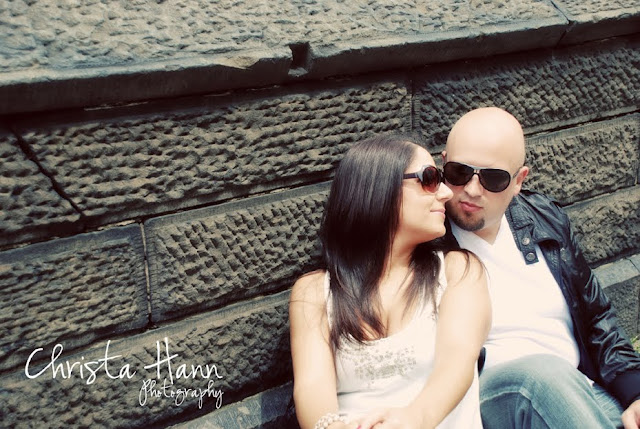 Tania & Joel, I cannot thank you enough for this opportunity to shoot such a modern urban couple in the capital city of modern & urban.
May your lives remain intertwined with many seized opportunties turned into special memories.
Labels: engagements, just because

So fun! I would love to shoot n the streets of new york!